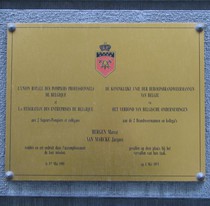 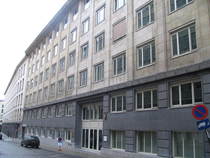 Credit for this entry to:
Yannick Du Bois

The two firemen were killed by a car-bomb left near the entrance to the office building of the Federation of Belgian Enterprises (FEB/VBO) by the CCC (Cellules Communistes Combattantes). This terrorist organisation always left a note to the attention of the emergency services warning for the bomb, but that time the car was also set on fire and the firemen didn’t noticed the note in time, the car exploded, two of them died, thirteen other people were injured.

On 1st May 1985 the terrorist organisation CCC (Cellules Communistes Combatta...

Firefighter, killed by a CCC-bombing on 1st May 1985

Firefighter, killed by a CCC-bombing on 1st May 1985

House of the Blind - Garden D

House of the Blind - Garden O