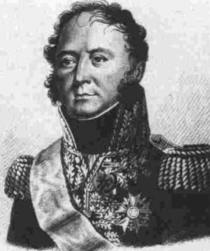 French. Having previously been Belgium’s chief military commander, he was sent back to Belgium, as Minister Plenipotentiary, at the point of independence from France, to oversee the process and ensure success. Twice he had to quell Dutch troops. He died of a stroke in Brussels Park, a popular man.

Marble. Unveiled on 23 September1838, this was the first monument to be inaug...